This past week was full of app updates ( both app store and Cydia ), got some fresh accessories, and also some jailbreaking news. Perhaps after this past week, Steve Jobs should be worried. Very worried. Because while it is no longer alone in the tablet market, its cellular competitor, Blackberry, has announced its new tablet, the Blackberry PlayBook, which proves to be a strong contender in the market currently dominated by Apple.

As Blackberry RIM’s shared jumped 1.4 percent and the company attempts to scoop up a sizable share of the market, other labels keep up with the weather and continues to steam roll their way through Fall.

Probably the biggest story for us is about the day we got to hang with p0sixninja, and see Chronic DevTeam’s new tool in action. In case you missed any of the stories, let’s recap the past week…

OverBoard updated for iPad the iPad OverBoard by R Petrich has been updated to work with the iPad. The app works with activator to show an overview of all of our springboard pages, making it easy to navigate through multiple pages with easy to see app icons.

Shatter running on an iPod Touch 4 Those of you with Apple’s new iPod touch 4G, or those of you who bought a device after the jailbreakme.com exploit was closed, have probably heard about a brand new exploit called SHAtter. See it in action on this iPod Touch 4.

Use your iPod.app’s music as your alarm clock PlayAwake lets you use iPod music as alarm clock sounds. Just pick a track from your device’s music library from inside the default alarm clock app, and you will wake up listening to your favorite song. This tweak fully integrates with with clock.app. App Switcher Rotator lets you rotates the switcher icons to the current app’s orientation. This will probably not be compatible with Five-Icon-Switcher.

The iPhone can display movies in 3D Here’s something you probably didn’t know your iPhone could do: display movies in 3D. Actually, it can’t quite yet. But a company called Spatial View is launching an online 3D movie store, 3DeeCentral, and it has submitted an app that grants access to it for review by Apple.

Read full story: The iPhone Can Display Movies In 3D. Kinda… With A Little Bit Of Help From Spatial View This tweak will display the contact picture next to it’s name inside the contacts and favorites screens. It will also allow you to quickly search the web for the contact image and add it’s picture from there ( to do that, just click on the small contact icon next to the contact name ) .

Fix ‘Locate Me’ Feature On iPad If you have OpenSSH on your iPad you might have noticed that the locate-me feature in Maps and elsewhere does not work. Your iPad is not broken, but may be conflicting with OpenSSH.

How Popular Is The iPhone?

While it is true that the iPhone is a very popular smartphone, Apple’s overall share in the mobile phone market is still very low compared to giants such as Nokia and Samsung. The folks from BillShrink have created a nifty infographic that puts many facts about the iPhone into perspective.

Read full story: Infographic: How Popular Is The iPhone? This is a SBSettings toggle that prevents your iOS device from going to sleep mode ( screen blanks, but WiFi/3G still works ). The device will appear to sleep but the network connection will remain active. PreventSleep works great with SBSchedule.

Read full story: PreventSleep: Allow WiFi/3G To Remain Active While Your iPhone Is In Sleep Mode John Gruber Talks About ‘Apple And The Open Web’ At Web 2.0 Expo

Loved by few, hated by many… John Gruber talks about Apple as a web company at Web 2.0 Expo 2010 in NYC. AutoCAD WS iPhone/iPad/iPod App Lets You View, Edit, And Share DWG Files From Anywhere, With Anyone AutoCAD WS mobile app enables you to view and work with AutoCAD drawings directly on your iPad, iPhone, or iPod touch. Using the touch and gesture interface of your iPad or iPhone you can accurately view, annotate, and revise drawings on the spot. Change the way you work in the field or on the road by reducing the need to carry around over-sized paper drawings.

If Steve Jobs can’t fix the reception issues of the iPhone 4, Chuck Norris can! Is there anything that he can’t do? Japanese company Abee has released their first 100% aluminium case, designed to house the iPhone 4. As such the case has been dubbed “Type 01” and is an ultra thin case, measuring in at just 3mm. Popular comedic actor Jason Schwartzman presents The New Yorker app, designed specifically for the iPad. The light hearted video sees the film star talk us through the capability and indeed how to use the application 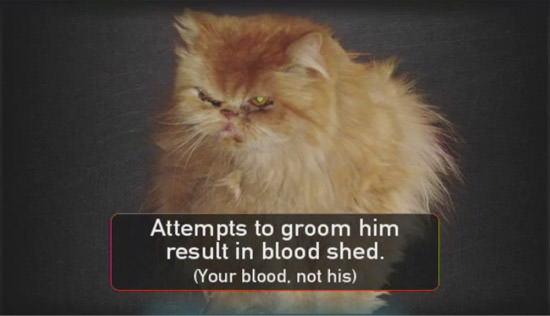 SHAtter Might Be Able To Jailbreak The New AppleTV As Well SHAtter is going to be the gift that keeps on giving.  Even though the new AppleTV isn’t yet in people’s homes, the firmware is available on Apple’s normal public distribution servers and SHAtter has been used to decrypt its keys!

Read full story: SHAtter Might Be Able To Jailbreak The New AppleTV As Well

BlackBerry PlayBook: The First Serious Competition For The iPad Powerbeats by Dr. Dre is a new series of headphones geared towards the athletic crowd who want premium sound while they exercise.

SHAtter Can Jailbreak The AppleTV 2G SHAtter can trick Apple’s new AppleTV 2G into restoring to a pre-jailbroken IPSW from PwnageTool too! Literally the only UI application on the ATV is Lowtide.app, but now the window is open for jailbroken apps of all varieties. (Just like the early iPhone days, the only apps you’ll see on the AppleTV will be jailbroken ones).

iPhone And iPad Covers From Moleskine Moleskine add to their ever-growing product collection with these new accessories: the “Tablet Cover” and the “Smartphone Cover”. Obviously designed to house tablet computers and smartphones respectively, the specifications are compatible with the iPad and iPhone 3G.

Trip To Hackerville: The Day We Met p0sixninja Miles outside of Atlanta, there’s a little know secret: Sitting on a secluded screened in porch, plugging away for hours a day, is one of the most well know iPhone hackers:  p0sixninja. Lucky for me, I live not to far off, and had the opportunity to go for a visit.