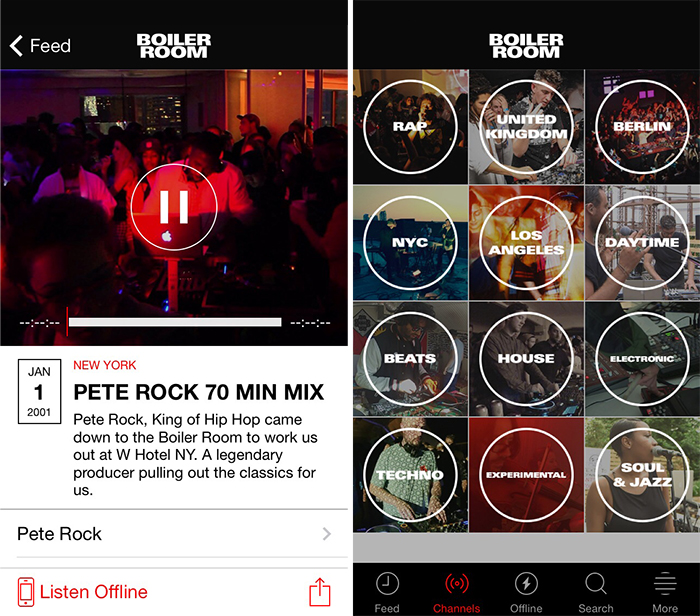 Boiler Room has released an iPhone and Android app. Boiler Room is a music project launched in London in March 2010 that organizes DJ performances in small venues and then streams the performance. The recently launched apps takes all performances and turns them into audio streams for users to enjoy anywhere, even when internet connectivity is absent thanks to the app’s ability to download the streams for offline listening.

As of now the app only offers audio of recorded sets, but they say live streaming is on the way. The homepage contains a feed of the latest sets. Users can customize their feed by following artists, but as of right now the follow feature doesn’t seem to be working on iOS. Artist pages contain links to social media accounts and a list of sets. Sets are categorized into channels for easy browsing. There are channels for location, genre, and Red Bull Music Academy. Recordings have buttons for easy sharing and can be downloaded for in-app offline listening.