Best iWatch concept so far! And I doubt somebody will top it soon. The guys at Curved released their latest concept, the iRolex. The concept shows a hybrid-design chronograph watch with illuminated buttons. The homescreen is black and completes the “flat design” of iOS 7 with the use of the same App-icons and notifications ( BTW, somebody should really come up with an iWatch concept running iOS 8 – IF Apple will release the iWatch and, IF it runs on a full blown iOS and not on an iPod nano iOS, it will be iOS 8 ). The watch can be wirelessly charged using the wireless charging coil that is placed in the bottom part of the strap. When the watch is placed in the stand, it can be charged during the night. 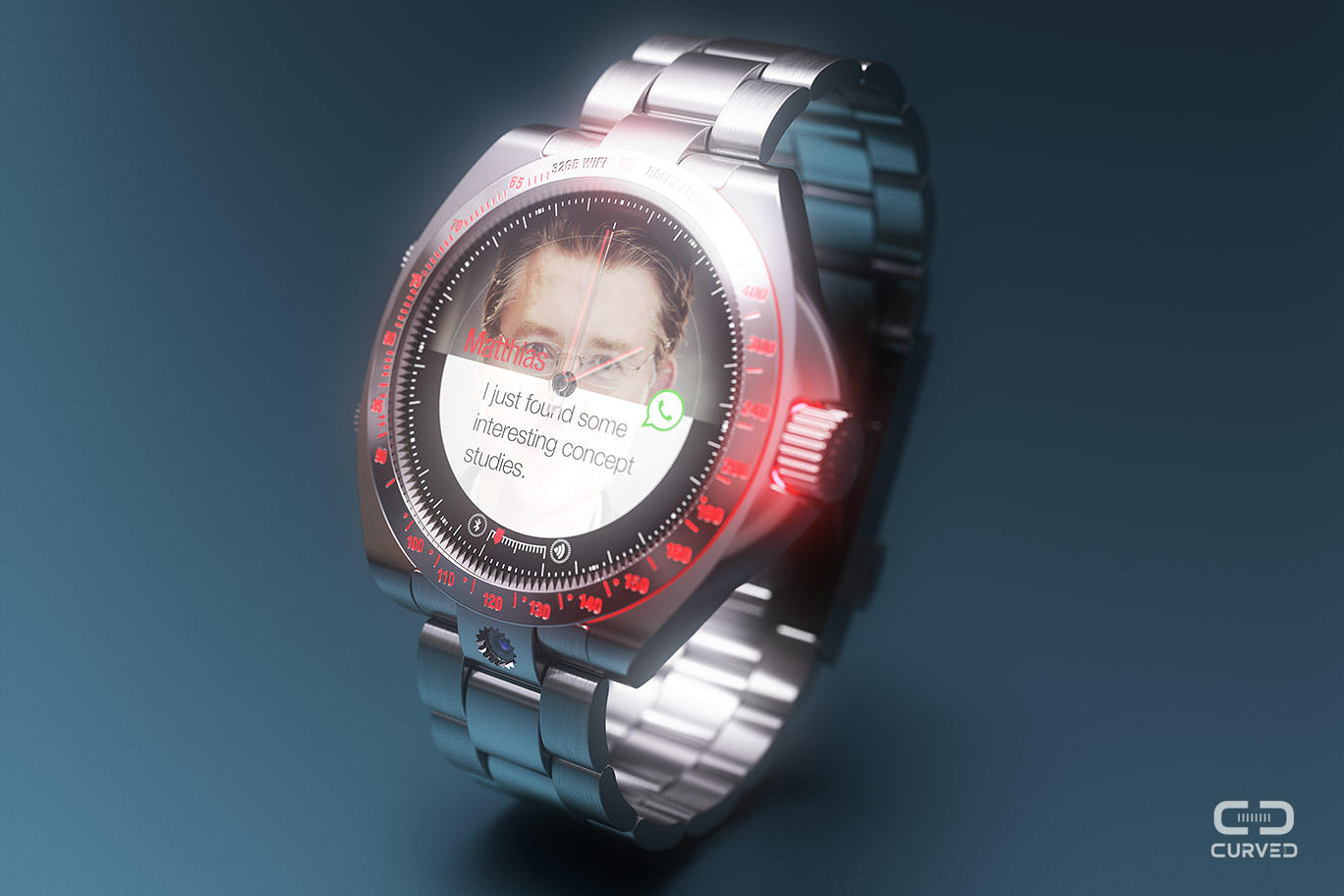