KuaiYong is a Chines Apple app store clone that lets users to download and installed cracked applications, even if they’re not jailbroken 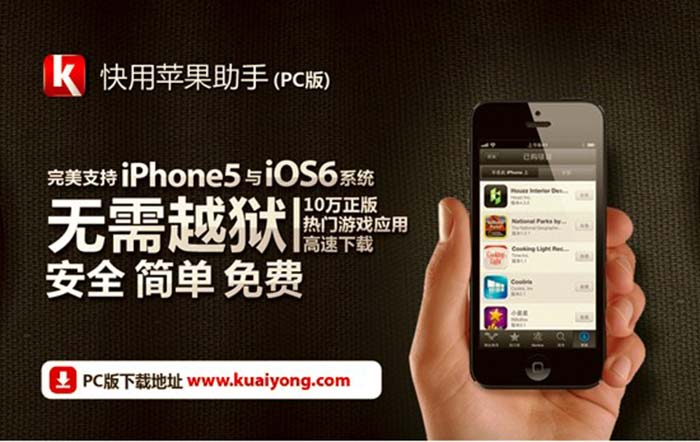 We’ve all heard about fake Apple gadgets made in China, but did you ever hear about KuaiYong? Neither did we. Apparently KuaiYong is a Chines Apple app store clone that lets users to download and installed cracked applications, even if they’re not jailbroken. But there’s a catch…

The service has been around for almost a year now, and allows iOS users to download any app for free with or without having their devices jailbroken. However, the service is only available in China. If you’re trying to visit the service from any other country, you will get an error.

KuaiYong is basically using bulk enterprise licensing to bypass Apple’s safeguards. So the Chinese service is essentially distributing the exact same app – with the same license ID – over and over again.

KuaiYong began as a desktop application for Windows PCs, but the pirates behind it recent launched a web-based version at 7659.com that makes the service accessible to almost anyone — providing they live in China, of course.

The service is also planning on launching internationally in the future, but there’s no ETA and it might be wise to avoid it….