One thing that Ive always kinda wanted to see on my iPhone was animated wallpapers. Enter LivePapers by Porkholt Labs. 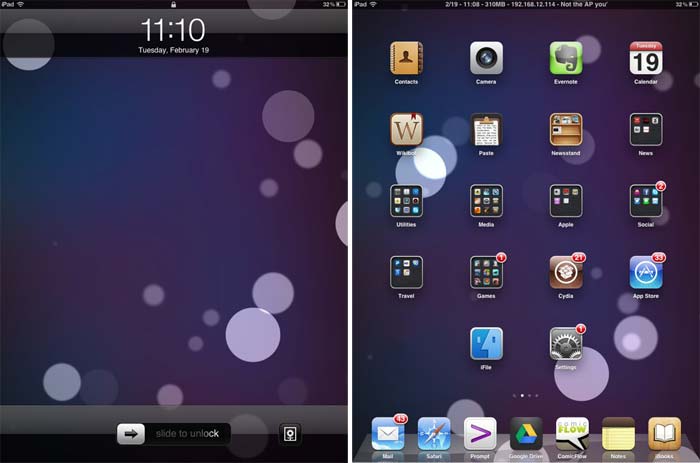 There are honestly very few things in the Android universe I have ever wished were present on iOS. Things like widgets and such just don’t excite me. I like a clean home screen… what can I say. One thing however that Ive always kinda wanted to see on my iPhone was animated wallpapers. Yes, its been done, but every implementation to date has been a battery hog, and in most cases very choppy.

Enter LivePapers by Porkholt Labs. Its just what we were looking for (almost).

Does it deliver eye catching interactive animated wallpaper? Yep, it’s actually kinda fun to play with, and the fully customizable Nexus Pro wallpaper is quite eye-catching.

Is it choppy? Nope, runs smooth as butter.

Is it a battery hog? Well…not as bad as you would think in real world use.

That’s right! The battery usage is not at all terrible. It actually preforms pretty well, with battery usage on par with running any app with decent graphics. As I sat here playing with it, it took my battery from 99% to 91% in about 30 min, but that was me poking at it and playing with it constantly for the sake of science. Whats cool for real world use however, is that it pauses itself after a minute or so of inactivity, and does not “play” at all while actually in apps. Real world usage, I haven’t really noticed any drain at all out of the ordinary.

In short. It’s a fun tweak. I was actually expecting to hate it, but its really pretty cool. If your interested in giving it a go too, its live in cydia now. The tweak itself is free, but the “pro” live-papers come in at 1.99 each. So far there are only two to choose from, but there should be more available in the future.