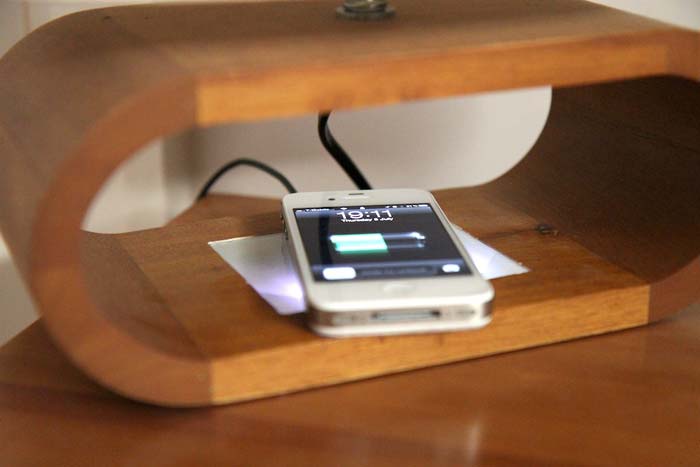 Not happy with how the iPhone doesn’t have built-in wireless charging, YouTube user Tanveer went ahead and modded his very own. Unlike induction charging kits, this mod doesn’t require any ugly cases to get the wireless recharge going.

Here is a montage of photos that I took while modifying my iPhone 4s to build in wireless charging. There are wireless charging options out there such as the powermat system but they all involve slipping on a jacket around the iPhone. I wanted to internalize the technology so that the beauty of the iPhone is not hidden away! It’s taken a while to complete but it’s finally done.

Initially I had made this using the palm touchstone wireless charging but found this to be unreliable as I had to build a circuit consisting of seven resistors and stuff them into the iPhone. The voltages were irregular which affected the reliability of the system.

The powermat version works flawlessly and I’m very pleased with the results. I may build a different more ‘apple-esque’ charging base next, perhaps out of glass like the iPhone.

Certainly the most difficult aspect was probably soldering wires on to the charger port. Scary stuff! I ended up using a pair of jewellers loupe glasses just to be able to see the connectors well enough to do the soldering!