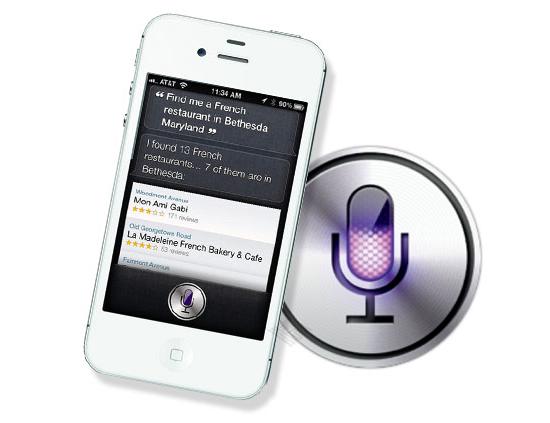 1. Go to  plamoni’s github and check out the available plugins. Most of them come with a video demo so you know how to use them.

4. Rename the folder to siriproxy-twitter

6. Open a Finder window, hit cmd+shift+G and browse to the following path ~/.siriproxy 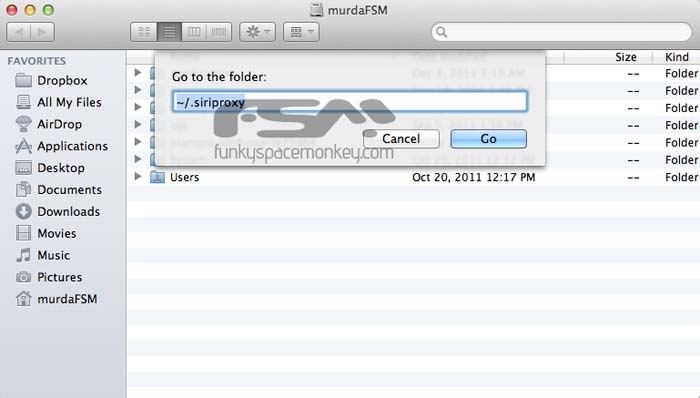 8. Now here’s where it gets tricky. First you need to duplicate the given example

8.1 Now edit the duplicated lines according to your plugin. In this case, the Twitter plugin should look like

Before saving the file, MAKE SURE the newly added lines are perfectly aligned with the example above. If you fail this step, you will get a bunch of errors.

11. Type ./siriproxy bundle . You need to do this every time you change plugin configurations to update required gems. 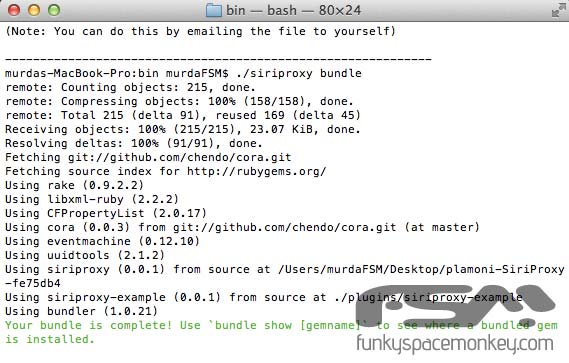 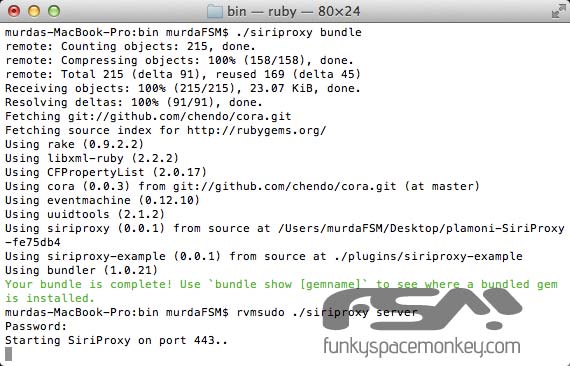 NOTE: this plugin won’t let you tweet until you go to twitter.com/apps and get the oauth credentials and put them in config.yml. This tutorial shows you how to install a plugin, not use a plugin to tweet using Siri. Just saying…

NOTE: the vid is not spectacular. But we recorded it way before deciding to write these tutorials…