Check out how to install Cydia on iOS 6 beta 1 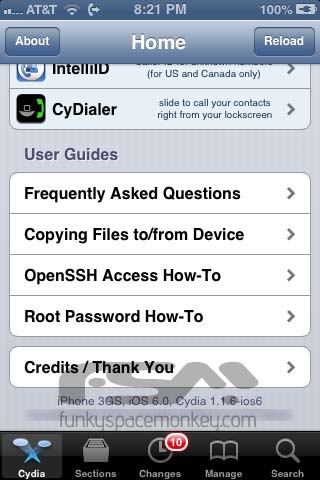 A few days ago, the iPhone DevTeam has released a dev-only version of redsn0w that can tethered jailbreak iOS 6. Being a dev-only jailbreak, the only access you’ll get to the device is through SSH or afc2. Cydia will not be installed.

If you want to install Cydia, jump over the break to see how it’s done…

NOTE: even though you will be able to install Cydia, there’s not much use to it. This jailbreak is dev-only for a reason. Most of the Cydia stuff is broken in iOS6.

NOTE: in our honest opinion most of you shouldn’t even bother with this jailbreak, but hey… doing this is so much more exciting than most of the sh… stuff the jailbreak scene had to offer us lately. So get busy. Just for fun…

1. Download redsn0w and jailbreak your device. You can download redsn0w for iOS 6 here. Read the entire article twice if needed. If at some point there’s something you don’t understand, just stop there and wait for a public iOS 6 release and an official untethered jailbreak.

2. Once jailbroken, open terminal app ( on windows you can use putty or something similar ) and type:

3. That’s it. If you do not see cydia, power off and reboot tethered.

NOTE: uicache might be broken which means some icons will disappear; just respring after installing something