Amazon announced today the Fire TV, a new media streaming device that will compete with the Apple TV or Google Chromecast 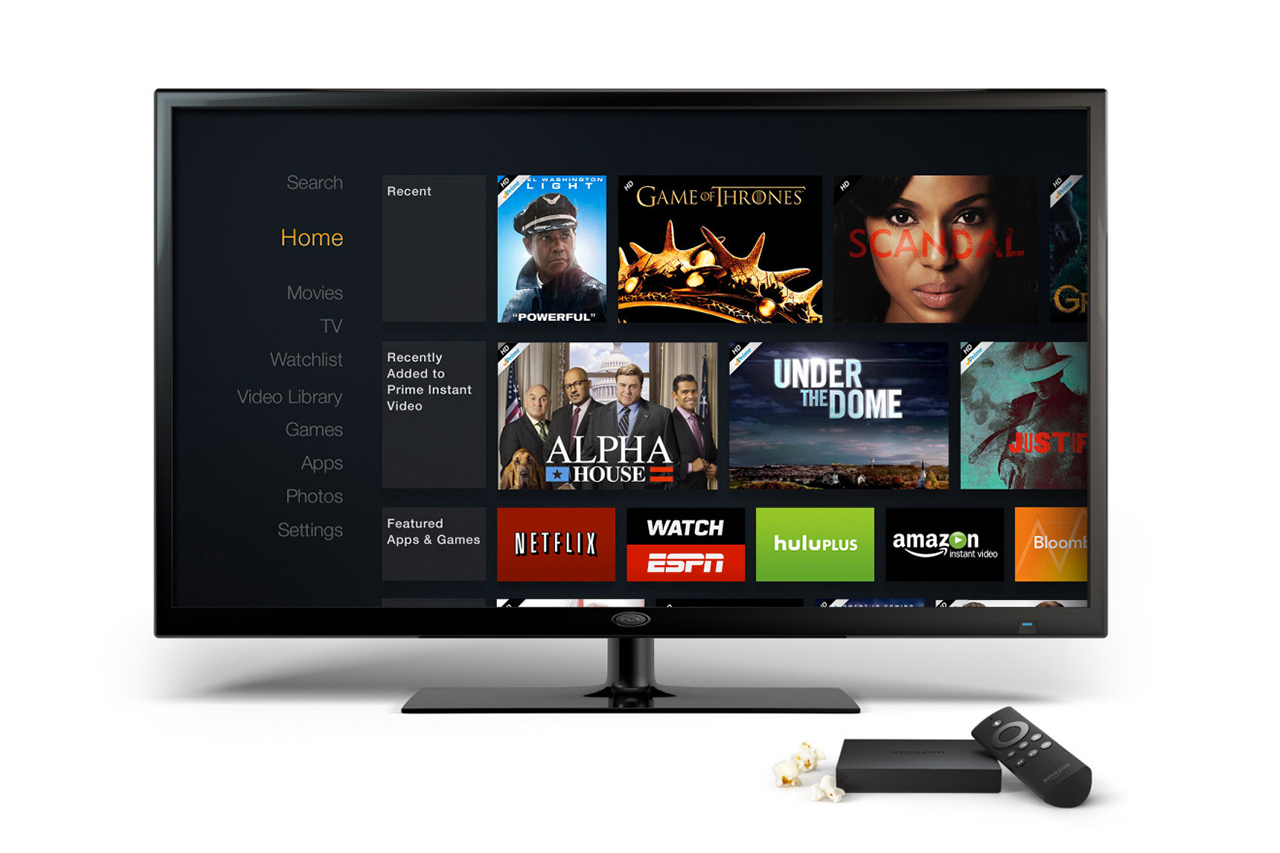 Amazon announced today the Fire TV, a new media streaming device that will compete with the Apple TV or Google Chromecast. The Fire TV comes with a bluetooth remote that supports voice search, a quad-core processor with a dedicated graphics processor and 2GB or RAM. It supports 1080p via HDMI and features dual-band, dual-antenna Wi-Fi with MIMO for fast video downloads.

The box streams Amazon Prime Instant Video title as well as content from third-party providers such as Hulu, Netflix, Watch ESPN, and more to comprise a library of over 200,000 movies and TV shows, alongside low-cost rentals for newer titles.

The Fire TV also comes with a ASAP (Advanced Streaming and Prediction) feature that learns what shows and movies you enjoy and gets them ready for you to watch.

Ok, so basically nothing new so far. Well, there’s one thing… you can play games on the Fire TV, and it comes with support for a $39 wireless Fire game controller. Gaming studios such as Disney, Gameloft, EA, Sega, Ubisoft and Double Fine partnered with Amazon to bring their titles to the Fire TV.

Learn more about Fire TV and pick up yours here.